Shakespeare in Shoreditch gets underway this week. Kickstarting the programme, a newly formed company of Rude Mechanicals have scheduled a world recordbreaking tour of Hackney on a ‘medieval pageant wagon’ from April 8th to 18th – performing in ten days the very 1,000 plays written by playwright Annie Jenkins across the ten days of the inaugural festival. The Rude Mechanicals will slog down the River Lea and up the Kingsland Road, stopping off to perform around a hundred plays each day at some of Hackney’s most beloved cultural institutions – all the while recruiting new fans and audiences for the festival. 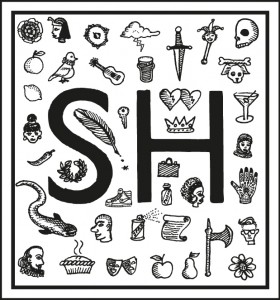 These 1000 plays were written by playwright Annie Jenkins when she was similarly faced with an impossible task….For the Shakespeare in Shoreditch Festival 2016 Annie was locked in a shed faced with writing 1000 plays in 10 days. She encouraged visitors, audience members, and the public to contribute to her mission, and by Day 10 she had written 700 plays! Over 300 plays that were donated included contributions all the way from Oscarwinners to 4 year olds.